I felt that the posts about the Oklahoma City Memorial deserved places of their own.  So this is a short post of the rest of Wednesday, October 3, 2012.

When we left the Memorial, it was early afternoon, so we set up our chairs and table for a picnic in the parking lot. 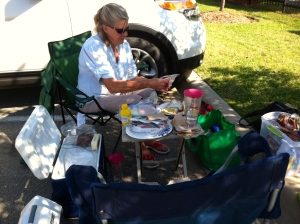 Before leaving the city, we made our way to the last place on our “to do” list, Stockyard City and the Oklahoma City Stockyards  We contributed to the economy in Langston’s and checked out the Cattlemen’s Café, before heading to the stockyards.  Jay, an employee at the stockyards told us they had had a slow week, selling only a total 5000 cows at the Monday and Tuesday sales.  Polly’s phone rang as we were driving away.  Wayne Lee from Metter was calling to say he had just watched Diners, Drive-ins, and Dives featuring Cattlemen’s Café.  He was just wondering if we might be nearby.  What a coincidence! 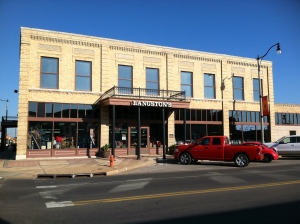 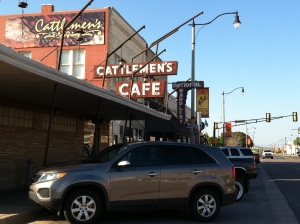 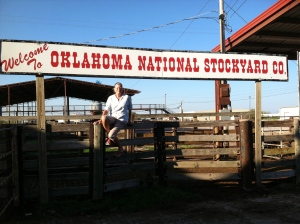 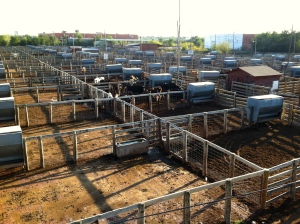 We left Oklahoma City for Weatherford OK, our stop for the evening.  There we got our first glance of Route 66! 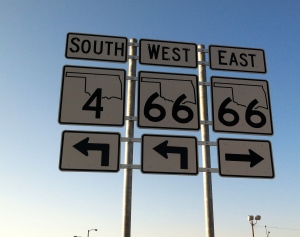